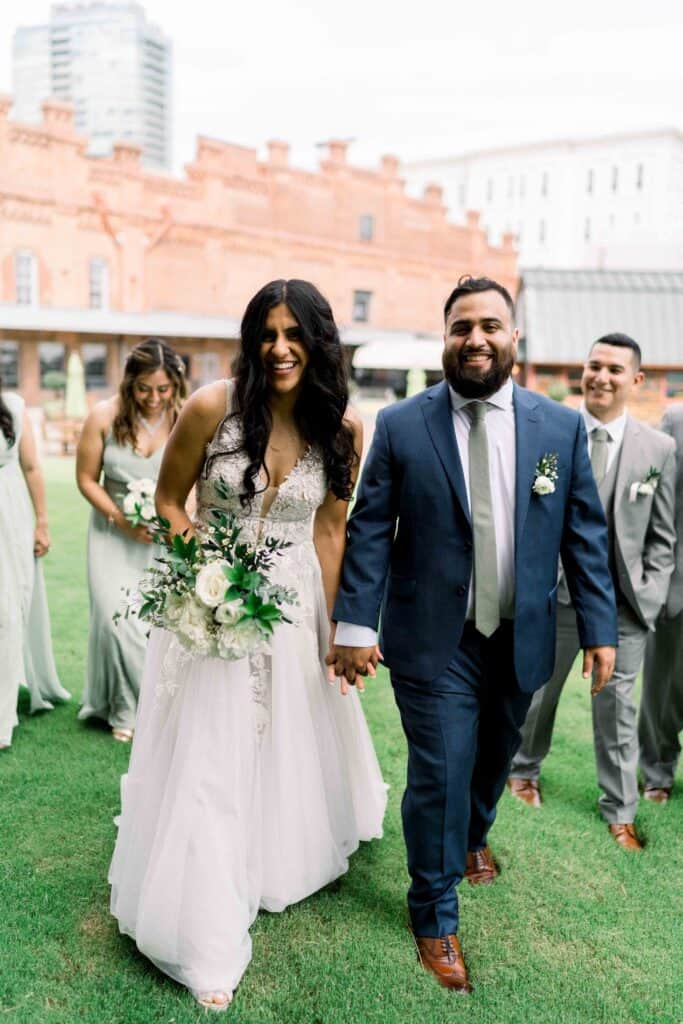 Elizabeth and Miguel were so much fun to work with as we planned their June 25th wedding. They wanted to include as many of their Mexican heritage traditions and elements as possible. It was such a success, due to the strong family ties, amazing guests and the couple’s unfailing commitment to inclusion and to the details! 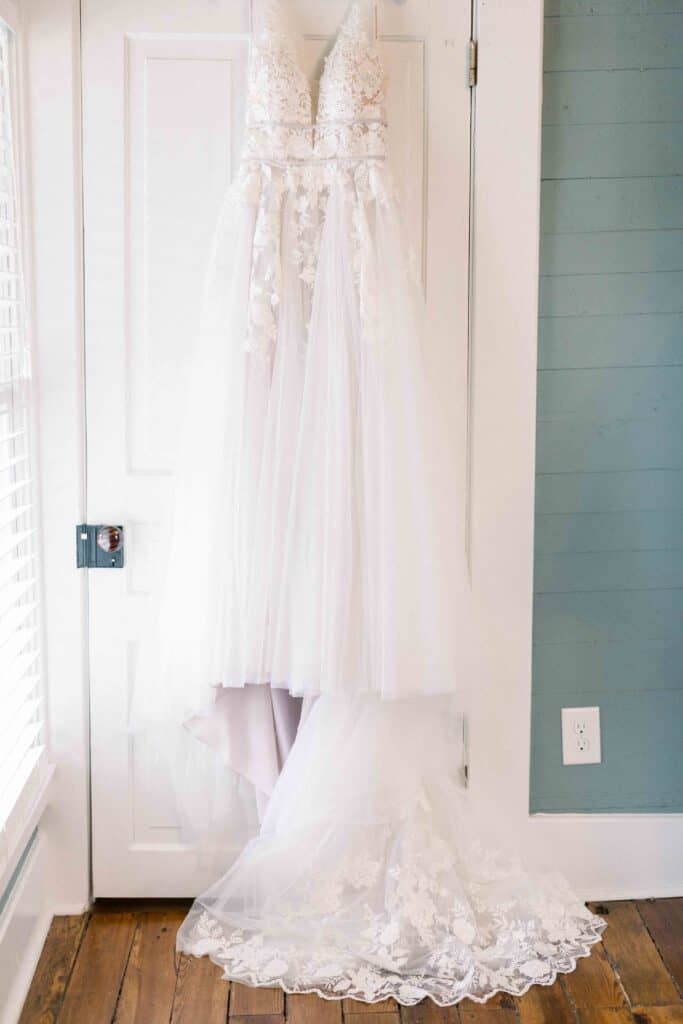 Brides and bridesmaids prepared for the wedding at one bed and breakfast, and the groom and groomsmen at another. Both small parties had so much fun that by the time Elizabeth was ready to walk down the aisle, everyone not only looked incredible, but everyone was excited to get these two together at last!

Elizabeth and Miguel had a traditional ceremony at Immaculate Conception Catholic Church. For these two, both faith and family are extremely important, so their ceremony included a full Catholic Mass. There were also several Mexican wedding traditions played out. Padrinos and Madrinas (Godparents) are special members of the ceremony and often support the bride and groom, representing the love and commitment that the couple may aspire to. Padrinos and Madrinas often pay for some elements of the wedding, gifting the couple with a special Bible, or a pillow for the couple to kneel on, and they may be expected to give readings during the mass. These Godparents also give the couple “el lazo” – the lasso – an important Mexican wedding tradition. Like other unity ceremonies at weddings, this tradition is carried out with a large rosary or silk chord as lasso that is placed around the couple during the prayer and kept forever in the couple’s home. 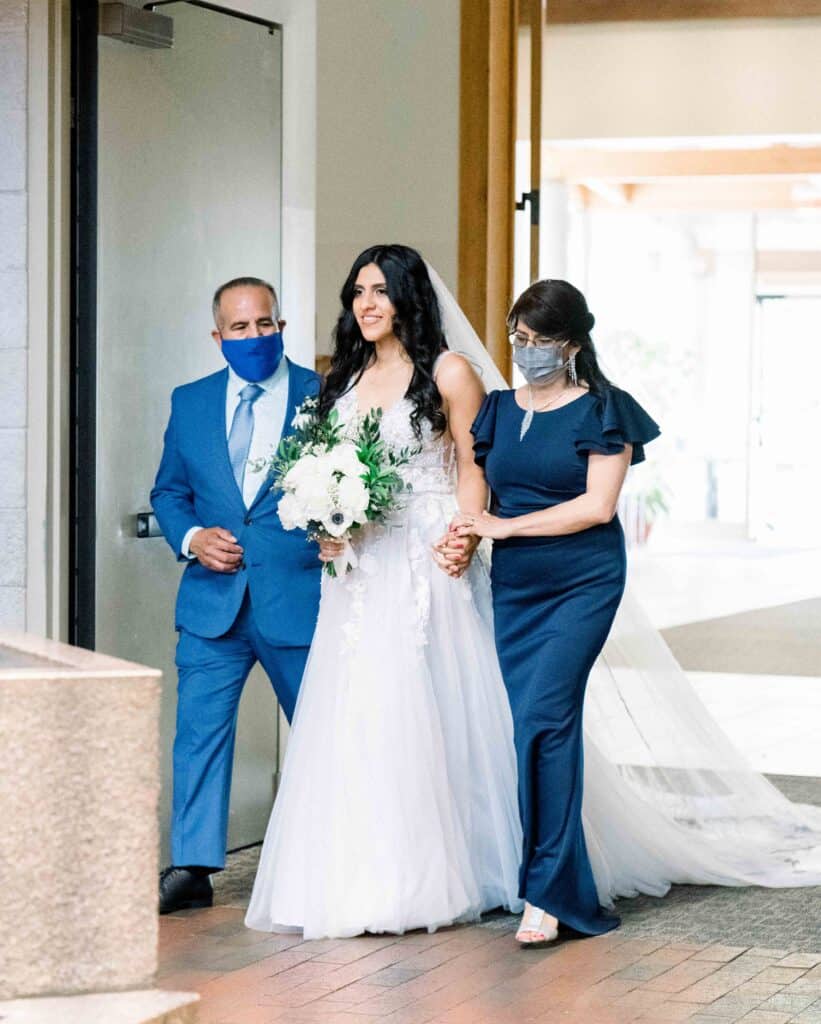 Elizabeth and Miguel also had their gifts to give. Las Arras Matrimoniales is the gifting of 13 gold coins in a box from the groom to the bride. The coins represent Christ and his disciples. The Ofrenda is an offering made by the bride to the Virgin of Guadalupe at a Catholic ceremony. The bride kneels, prays and leaves a flower bouquet at the Virgin’s icon altar before the procession out of the church. These were just two more beautiful Mexican traditions that this lovely couple wanted as part of their special day.

Miguel loves sweets and the reception featured a donut wall, traditional wedding cake with figurines of their beloved pups on it, and a dessert display from Rocky Top catering. The decor was soft and elegant with a mix of greens, whites, creams, blues and grays. Linens, florals and votive candles, along with twinkling lights made their reception spot – Rickhouse – shine. 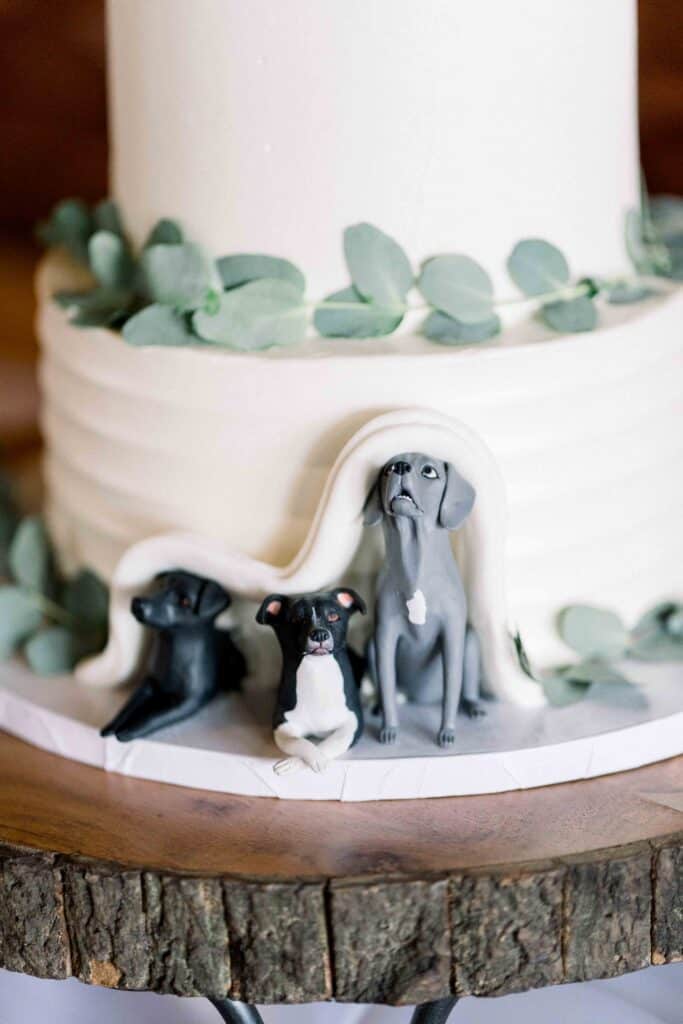 The couple supplied two guest books for the large group of family and friends. One was a giant Jenga set which guests signed in between eating and dancing. The other was a wooden sign branded with the couple’s surname. Rickhouse also hung a living wall treatment with the couple married name. Miguel picked out the place settings and he couldn’t have done a better job to blend the industrial nature of the Rickhouse with the romantic feel of the day.

There are parties and there are PARTIES. This was the latter and, in keeping with the incorporation of Mexican traditions, their reception showcased La vibora de la mer (the sea snake dance), the tossing of the groom, and Tirara la Linga y el Ramo (the tossing of garter and bouquet). The more laughter and dancing there was, the more joy we all witnessed. It was such a great time! 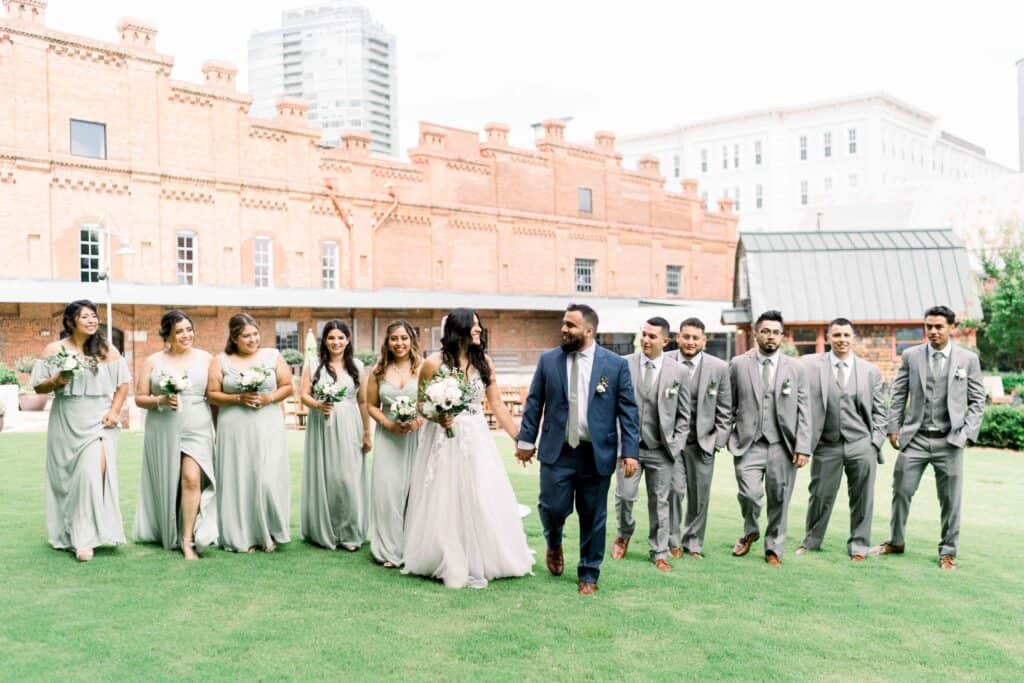 As guests left the reception, they were given personalized pint glasses as a favor to encourage everyone to keep the party going. We wish Elizabeth and Miguel decades and decades of joy and family and wedded bliss! 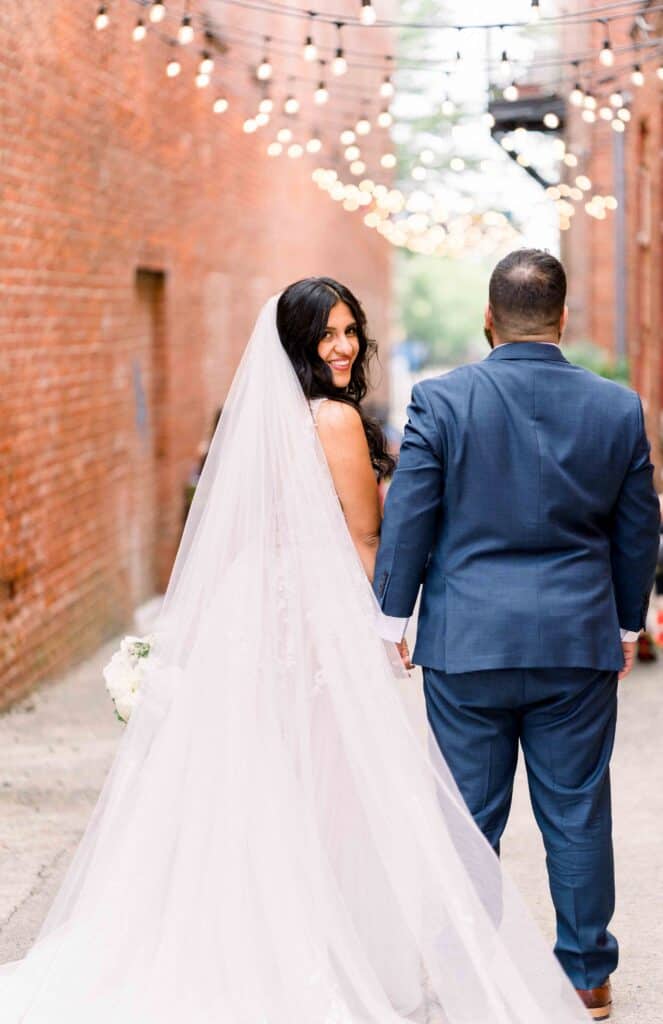 Are you ready to start planning your big day with Premier Party Planners by your side? Then Let’s Chat! 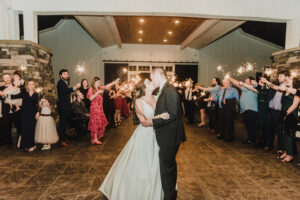 Alexandra (Alex) and Carson said their “I dos” on December 18, 2021 at The Carolina Barn in what was an absolutely gorgeous winter themed wedding. 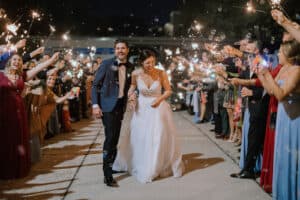 The Couple These two gorgeous humans were married on October 30th of 2021. So we wish them the happiest first anniversary! They tied the knot 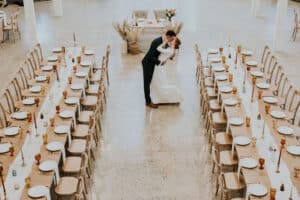 The Couple I LOVED Elyse and Austin’s wedding! It was a modern bohemian dream.  Her farm tables were so beautiful and I loved arranging her